Spectrum Kids can Feel, Too!

Not too long ago, no one had the slightest clue what autism was, much less autism spectrum disorders. For those of you who are a bit fuzzy around the edges about the subject, autism spectrum disorder (ASD) is biological, not strictly psychological. It is a group of disorders of the brain, characterized by an individual’s difficulty with or inability to interact and communicate with others, interpret external and internal events, and frequent “unusual” behavioral patterns, such as echolalia and repetition.
It is called autism “spectrum” disorder because these symptoms can occur in a wide spectrum of severity; where some individuals with ASD are relatively mildly affected (such as those with Asperger’s Syndrome), others have a more severe manifestation of the disorder, such as profound autism. Spectrum kids, whether they have mild or profound ASD, are stereotyped by many as being unable to feel or bond with people, and this is completely untrue. Spectrum kids can feel, too!

Parents normally know they have a child with ASD by the time they are age three, because spectrum kids display developmental delays or even regressions from previous progress made, which spur medical or psychological interventions. There have been marked increases in diagnoses of ASD in the past decade: where twenty years ago they believed that only one child in every 2,000 had autism, it is now estimated that the true figure is around one child in every 250.

One child in every 250 means that there are hundreds of millions of spectrum kids out there, and many of them are grossly misunderstood. It is important for parents, educators, and therapists to work proactively to promote the facts about emotional development and attachment in these children. Early detection of ASD is critical, because studies have proven how effective that therapy and other interventions at young ages can decrease the severity of spectrum disorder symptoms in many children.

People assume – incorrectly – that spectrum kids can’t feel or form deep emotional attachments with others. While dissociation is a common characteristic of ASD, it does not mean that these individuals are incapable of feeling or being affected by external and internal events, such as separations, deaths, and major life changes. In fact, spectrum kids are in many ways more vulnerable to big changes, because they do become so attached to people, places, things and routines. Because these children have difficulties with social interaction due to their impaired abilities to perceive, interpret and communicate feelings, they tend to be more withdrawn. Some spectrum kids don’t show much emotion on their faces, and their body language can often only be described as defensive or even hostile by some, such as an averted gaze, hunched shoulders, or turning away.

It is very sad that spectrum kids are labeled as emotionless, because it’s patently untrue. The problem is in the comprehension of what their emotions and those of others mean, and reacting to and dealing with them. Whereas a “normal” person looks at a smiling human face and knows automatically what it means, a kid with Asperger’s or PPS-NOD doesn’t, at least not without help. For them, the baring of teeth in a grin or eyes squinted in laughter may indicate aggression, which is much more easily understood. Some do not like being touched, because they don’t understand that a friendly hug or pat is very different from a push or shove; they become agitated by touch because it confuses their boundaries.

The release of the movie Rain Man was a watershed event in the ASD clinician and educator world: finally, a depiction of an individual with ASD that evoked the humanity of the subject, played so impeccably by Dustin Hoffman. That movie and subsequent books, movies and television shows about ASD began highlighting the issue, bringing it into the forefront of the American consciousness, and began helping to remove the stigmas and stereotypes associated with ASD. The scenes where Hoffman’s character, Ray, has a meltdown because he missed “The People’s Court” and his need to eat, wear and do certain things are hallmarks of spectrum disorder, especially in children who have been institutionalized and didn’t get enough one-on-one, intensive, early intervention.

Most spectrum kids bond very strongly with their caregivers, and they adopt a strict schedule and regiment their lives exactly, as this helps them to build a framework within which they can begin to understand the world around them. Every spectrum kid needs lots of individual time from their parents, clinicians and educators, as well as playtime with peers, to ensure that they have every chance to integrate into a wider human setting than just the one at home. Special efforts must be made to provide them with new experiences, but always within a safe and reassuring protocol, where they can explore the feelings that new sights, sounds and sensations will provoke in them.

Above all, the larger public needs to realize that just because a spectrum kid doesn’t look someone in the eye or exhibits some unusual behaviors doesn’t mean they don’t feel just as deeply as “regular” kids do. If anything, social acceptance and normalization of spectrum kids is needed to help people become more sensitive to the sensibilities of children and adults with ASD – their feelings are real, they matter, and they deserve respect and attention. 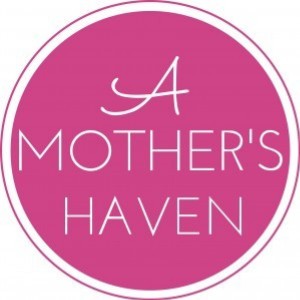 Made With ♥ in Encino | Created by Attractiveo

Protecting our families’ safety and well-being is our number one priority. To better serve our community, we have implemented curbside services, delivery services, and all of our educational classes will be taught virtually in the safety of your home or outdoors.

WE’RE HERE FOR YOU!

Learn About Our Educational Classes

click below to see our new temporary store hours

YAY!
The item has been added to the cart.